A performative study based on the last, unfinished chapter of Franz Kafkaâ€™s "Amerika"installation 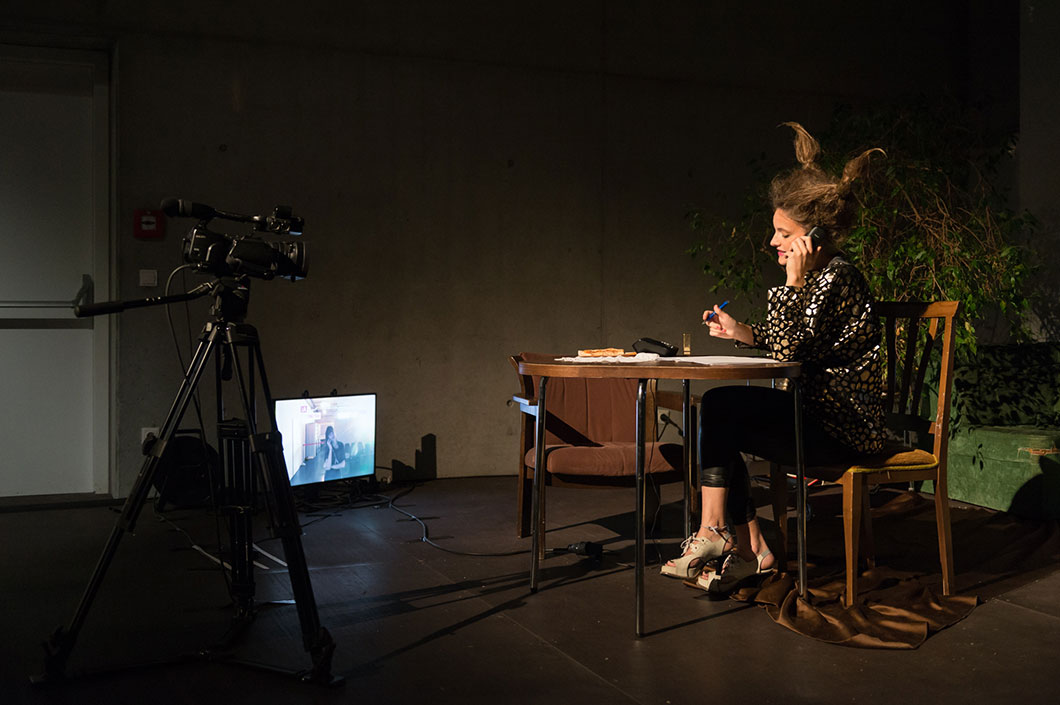 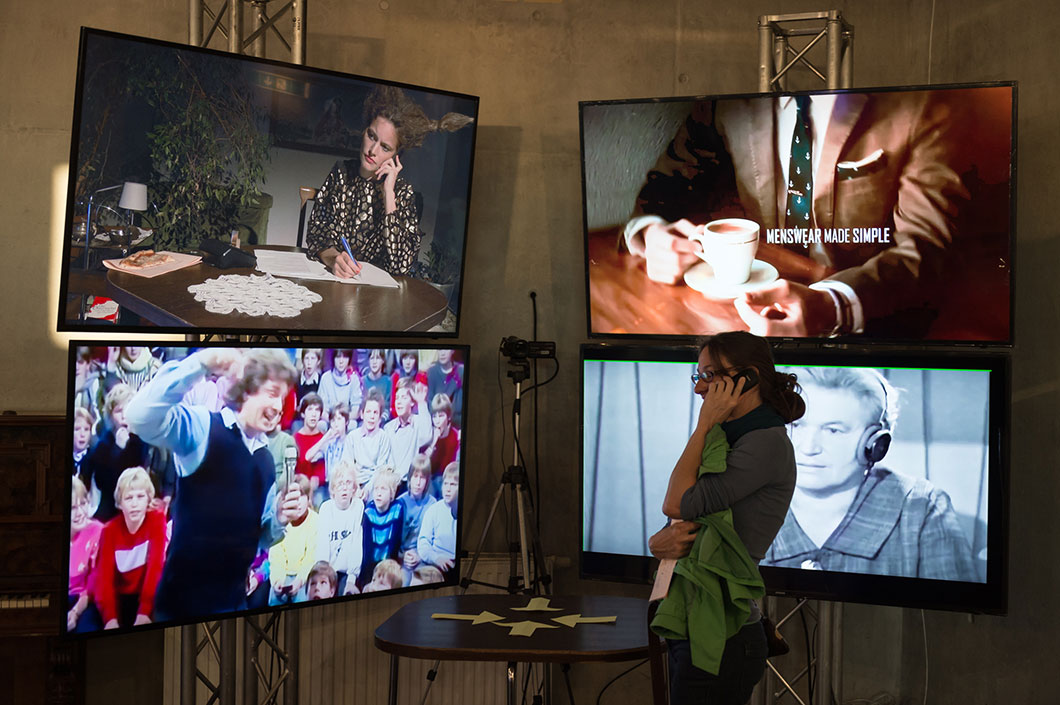 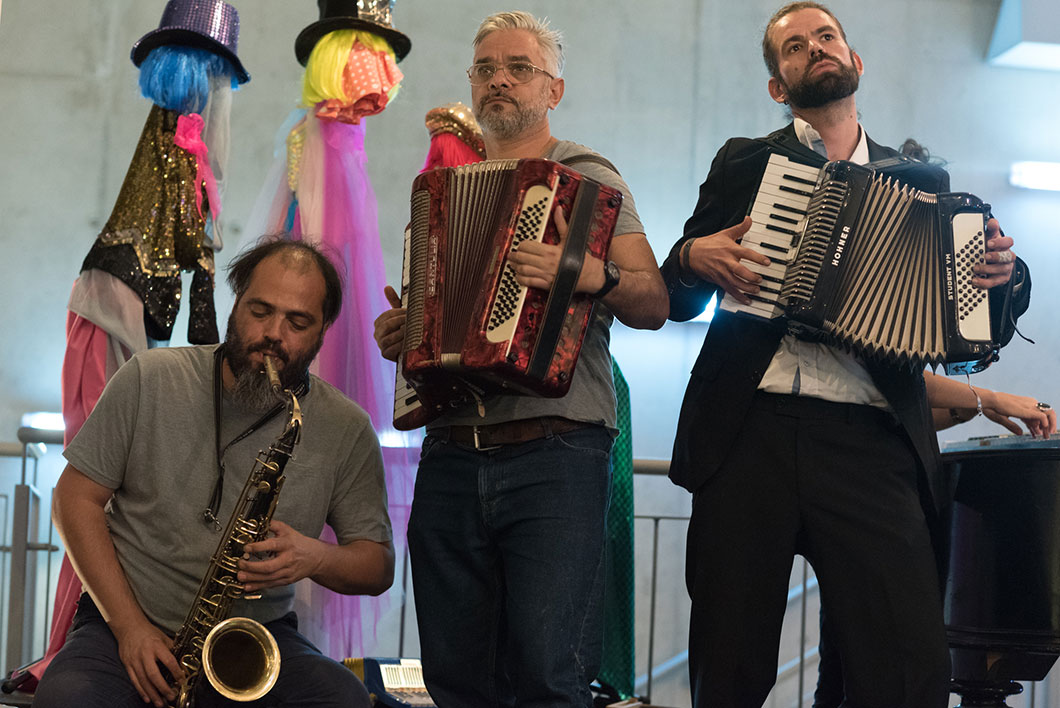 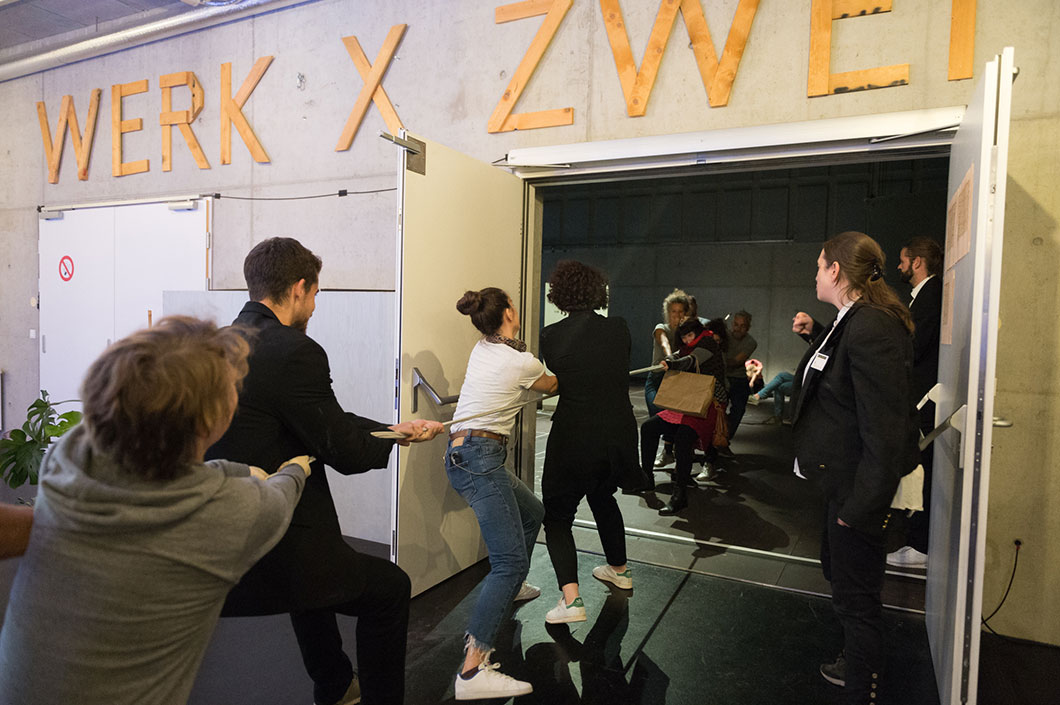 Capitalism lures with imprecise promises of a better life. Do the movements of global (labour) migration follow its call or are they rather an act of cross-border resistance? An open working group, led and inspired by Belgrade artist duo Bojan Djordjev and SiniÅ¡a IliÄ‡ explores this question through artistic means.

â€œThe Natural Theatre of Oklahoma is calling you! It will only today, and only once! Anyone who misses this opportunity misses it forever!â€ In Franz Kafkaâ€™s unfinished novel "Amerika", people who are caught in a precarious labour-migration existence are invited to participate â€“ what they are to participate in is not clear, however. They hurry to get there in time and be a part of it. What are they hoping for? They are hoping for something better than what they had previously experienced.

Also this year, WIENWOCHE has invited interested individuals to participate in an open workgroup (see open call info below). With no prior application or selection procedures, thirteen participants with diverse Viennese backgrounds but a shared interest in this joint process, came together to address the question of where Kafkaâ€™s journey into the unknown would lead in todayâ€™s establishment of capitalism and migration regimes. Despite many decades of progress in labour law, Kafkaâ€™s fictional America of authority and precarious conditions seems shockingly topical today. During a multi-week, horizontally organised process, the group explores how we can unite our forces to collectively define the destinations when travelling to the unknown, while ignoring all borders, and taking self-chosen detours.

â€œItâ€™s the worldâ€™s biggest theatre.â€ The artistic research process which includes the joint reading of texts, exchanging experiences, and appropriating performative methods, culminates in a theatre-like installation. The audience is invited to watch, yet also to question, add to and extrapolate the results of this performative study from their own perspectives and positions.

Free admission. The audience is welcome anytime, the performance will be looped!
Languages: German, Englisch, naÅ¡/ours languages and others ...
A Production of WIENWOCHE in collaboration with United Artistsâ€™ Labour, Belgrade and Soho in Ottakring.
Support: Wiener Wohnen. Thank you!
Picture: (C) SiniÅ¡a IliÄ‡

Even in 2018 WIENWOCHE is inviting you to join an open-to-everybody working group! We are currently looking for collaborators with or without experience but with a genuine interest in: acting/performing, dance, music, text performance, sports but also visual arts, crafts, technology, activism, production and organisation, dramaturgy, research, and writing. We also invite people to bring in their own points of view, their ways of reading, their specific situations as well as their individual and collective historical and political experiences, furthermore their perspectives on the text(s) and on the shared process. And what's the working group all about? It's all about what you are about to read below! Ok, it's a long read, but in the end it might lead you to being a participant of WIENWOCHE working group 2018. Great, isn't it?

â€œWe are the theatre that has a place for everyone, everyone in his [her] place!â€ reads the Natural Theatre of Oklahomaâ€™s recruitment advertisement on the last pages of Franz Kafkaâ€™s unfinished novel Amerika. Along with many others whose curiosity is stirred by that poster, Kafkaâ€™s protagonist Karl, who had to leave Europe and arrives in America as an immigrant, finds himself in front of this poster after many trials and tribulations, including unsuccessful job attempts. After the auditions, a large group of those who got hired by the theatre boards a train that takes them to their new destination of working and living â€“ to an unknown place with an unpredictable future.

In Kafkaâ€™s literary fragment, the narrative abruptly ends in the middle of the train journey, leaving the plot unfinished and opening up space for speculation: what is our future, where are we headed to, what have we said YES to, are we just a brick in the fortress of capitalism? The doubts and insecurities that Kafkaâ€™s characters face in their pursuit resemble the ones we also ask ourselves before every step we take: are we participating in a theatre show or are we observers seated in the gilded auditorium. Are we lured by the invitation and by trusting the word â€œwelcomeâ€, are we ready to risk and/or trade everything we have solely based on a promise? Do we trust glamour and success, where do we position ourselves in the pyramid of a capitalist society? Is the yet unknown place pre-defined and projected, no matter to where we move? Do we feel free if we accept the offer? Why do we move?

In an uncanny way, the personnel recruitment of the Natural Theatre of Oklahoma resembles the contemporary, yet historically cyclical, precarious conditions of migration and labour that have spanned more than a century. Kafkaâ€™s narrative is set one hundred years ago, when millions of Europeans ventured â€˜across the pondâ€™ in pursuit of a better life and capitalism in the Americas.

All these questions and many more will form the grid of an open research process â€“ a performative study under the artistic direction of SiniÅ¡a IliÄ‡, a visual artist, and Bojan Djordjev, a theatre maker, both from Belgrade. Their study culminates in a final event: a performative installation within the scope of the WIENWOCHE 2018 festival.

The performative study will be based on the last fragment of Franz Kafkaâ€™s novel Amerika, while also integrating other historical and textual sources, and will be conducted through detailed text studies, intertextual research, visual and textual collages, and by devising visual, textual, musical and performative content. The study process itself will span five weeks in total, each week with a different level of intensity: a first kick-off-meeting on May 5th (for all people curious in taking part), followed by a one-week workshop in June, and rehearsals in late August as well as in September. The working language will be English, with translation/interpretation provided when required. The final event itself will be performed in German and a few other languages. The complete process will be organised as a work-group open for everyone interested. See registration requirements below.â€ƒ

All collaborators are going to be encouraged to find a way that allows them to articulate their interest in the topic, the work methodology or the genre of performance. The collaborators will also be able to contribute to the process itself: either as performers, makers, researchers, developers, curious observers â€“ or all of the above.

In order to register, please send an e-mail to work.group@wienwoche.org until May 15th at the latest. Participation in the kick-off-meeting is not required in order to register for the work group. Its purpose is to give an impression of the work dynamic.

Please describe your field of interest and provide information about your work and/or background (max. 300 words, as word document or pdf, including up to five images or a link to an online presentation). There will not be a selection process. Information about further dates and the working process itself will be discussed with interested collaborators at the

Bojan Djordjev and SiniÅ¡a IliÄ‡ have been collaborating on various artistic as well as research projects and formats in different constellations. Their work interest focuses on collective work, understanding art as a place that also allows differently structured collective thinking, a machine for processing complicated notions such as economy, art history, politics and critical theory. Both are among the co-founders of the TkH (Walking Theory) art and theory platform (2001-2017)and co-founders of United Artists Labour 2017. Bojan Djordjev and SiniÅ¡a IliÄ‡ were both born in Belgrade in 1977.

Bojan Djordjev is a â€˜performance makerâ€™ educated in theatre and art theory at Belgradeâ€™s University of Arts, Faculty of Drama, as well as Amsterdamâ€™s DasArts. Aside from Belgrade, his works have also been shown in Berlin, Brussels, Amsterdam, New York, Shanghai, Vienna, Zurich, Zagreb, Rijeka, and Ljubljana. Djordjevâ€™s recent works revolve around finding artistic and theatrical public formats for Marxist thought as well as researching the artistic heritage of the Left in Yugoslavia and elsewhere. Further information on Bojan Djordjev ...

K in summercamp. A performative installation based on the last, unfinished chapter of Franz Kafkaâ€™s "Amerika"

Free admission. The audience is welcome anytime, the performance will be looped!

K in summercamp. A performative installation based on the last, unfinished chapter of Franz Kafkaâ€™s "Amerika"